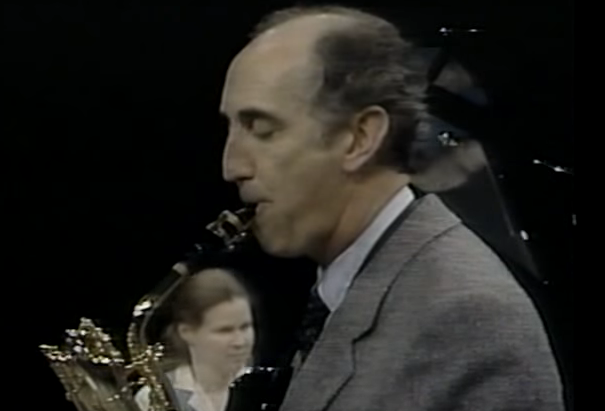 My first musical experience as a musician was playing classical music. Like most young musicians, we learn the basics through classical tradition. As a sax player Siguard Rascher, Fred Hemke, and Eugene Rousseau were the models we were expected to emulate. By the time I had moved to baritone I’d left behind these masters in favor of the other masters: Gerry Mulligan, Pepper Adams, and Paul ‘hucklebuck’ Williams. But I have never really stopped enjoying classical playing it’s just there aren’t many great examples of Classical Baritone playing back when i was a student. Thankfully there are are classic videos like this one and the music of players like Arno Bornkamp, Tod Oxford, and Professor Steven Banks to keep the classical baritone tradition alive.