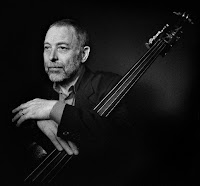 I bought this 2010 released album on a whim because Gary Smulyan  is on it and I am fascinated by lyrical bass solo’s. To which Dave Holland brought in spades. Of course there is plenty of amazing playing happening on the album the lineup is as follows:

The album opens with a moving and dynamic solo by Smulyan which then gives way to Holland’s lyrical bass improvisations. One particularly enjoyable aspect of this album is hearing Chris Potter on soprano sax. His tone is warm and slightly woody which I enjoy immensely as the soprano can lend itself to sound shrill.

To quote Earl Lundquist’s review of the album:

The octet is anchored by Holland’s quintet of ten years, a nucleus that includes Chris Potter on tenor and soprano, Nate Smith on drums, vibraphonist Steve Nelson, and Robin Eubanks on trombone. Added to that mix is Antonio Hart on alto saxophone, Alex Sipiagin on trumpet and flugelhorn, and Gary Smulyan on baritone saxophone. These added horns bring a welcome power and swing to Holland pieces like “Ebb and Flow.” Compare the original recording — in the quartet setting of Dream of the Elders — to the arrangement on Pathways and you’ll hear how the additional horns push the melody and ratchet the swing even higher. “Shadow Dance,” another song from Holland’s repertoire, has never grooved so hard.

To sum it up in as few words as possible. This album is a good anytime listen with enough variety to keep you returning and there are more than a few great licks to learn on this album.