Following my review of the European Saxophone Ensemble album a few weeks back I got an email from the Menne Smallenbroek the baritone/bass player for the group. He asked if I’d like to hear the next project he was working on. Because I have a hard time saying no I accepted and proceeded to listen to what I can only describe as a blend of spoken word and articulately sweet baritone saxophone. The harsh language and subject matter of the speech from the HBO special “American Pimp and Prostitutes” juxtaposed against his refined sound and contrapuntal rhythms adds tension to the piece. It is as though there are 2 melodies being played against and over top one another. 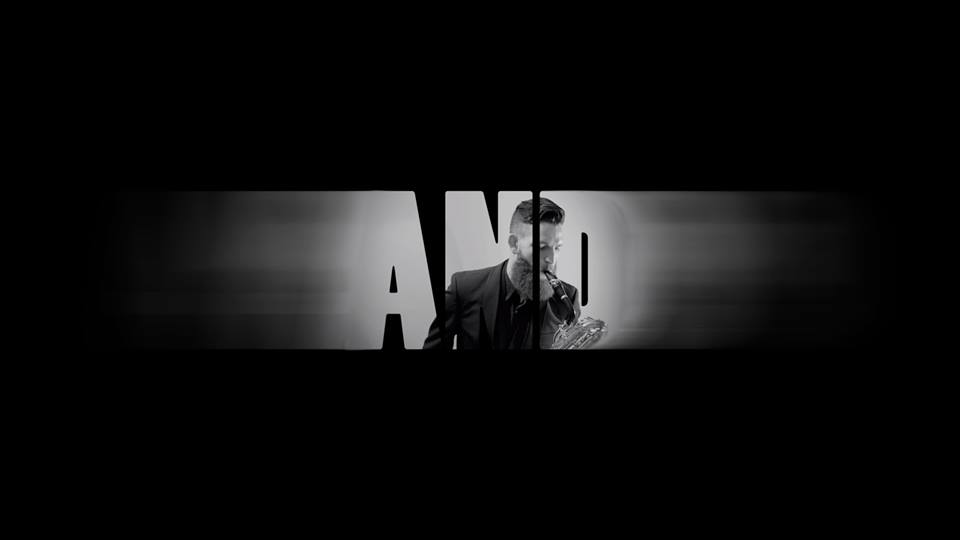 I must admit, I was hooked from his first note. His tone is sweetly classical and has just the right amount of edge for the compositions. It’s a fine line that he dances on very well. Too much Brignola/Adams and the baritone dominates the music on the other hand if there is too much Mulligan/Dako then the baritone is sonically lost in the mix. If this song is just a hint at what is coming down the pipe then we are all in for a treat.

After watching the video, attached below, I wanted to know more about Menne so I sent him a few questions to help us get to know him better.  This exchange in May of 2014.Check out his Facbook page for updates. Menne Smallenbroek

ModernBariSax: When did you start playing?

Menne Smallenbroek: I started playing alto saxophone at the age of 9. Kind of an accident actually. As a kid I really wanted to play the drums but my parents never were a big fan of having drums at home. On an open day to try out instruments I got to try the saxophone and immediately knew this was the right instrument for me.

MBS: Have you always played baritone?

MBS: Where did you study and with whom?

MS: I started my studies in Amersfoort, the Netherlands at Scholen in de Kunst with Jaap Dijkhuizen. In 2007 I started a preliminary study in classical saxophone with Henk van Twillert at the Conservatorium of Amsterdam. In 2008 I moved to Porto, Portugal to start my bachelors at the ESMAE (Escola Superior de Música, Artes e Espectáculo) with Henk van Twillert, Fernando Ramos and Gilberto Bernardes. I continued in Porto to do my masters degree and I am currently finishing my Portuguese adventure.

MBS: What groups have you played with?

MS: I’m very privileged to have played and traveled with several unique ensembles during my studies. In 2010 till 2011 I concluded two successful European tours with the European Saxophone Ensemble playing the 1st Baritone and in the 2nd tour the bass sax. A great project joining saxophonists from all over Europe and having composers write original compositions and work with the ensemble

From 2009 till 2013 I have played with Vento do Norte. A saxophone ensemble from Portugal and did tours in Venezuela, the Caribbean, Italy, Portugal and the Netherlands.

MBS: What or who has inspired your personal concept of how a baritone should sound?

MS: I guess many famous baritone saxophonists like Gerry Mulligan, Henk van Twillert, Pepper Adams, Claude Delangle, Dana Colley and many more have influenced my sound but I wouldn’t be able to say I have a singular concept on what the sound of the baritone should be. Every composition I play and ensembles or groups I play with demands a different approach to the concept of sound, timbre, articulation etc. I try to be as flexible as possible so that I’m able to shift fast between different concepts and styles. For example being a part of a saxophone ensemble you need to have a very broad sound and very clear articulation. When playing solo I have much more freedom to choose any concept of sound that fits to my opinion best to the specific style of music. For example in PIMPIN’ by Jacob TV I think more on a Jazzy sound but with a very classical approach to articulation.

MBS: What is your horn setup?

MS: I play on a Yamaha YBS-62, a Paraschos wooden neck, Selmer D mouthpiece (refaced so the tip is a bit more open) and play on Legere plastic reeds. On the Bari sax the Legere reeds work exceptionally well. The synthetic material adds a bit more high frequencies to the sound while maintaining the raw edges in the low registers.

MBS: What musicians do you find yourself listening to now?

MS: I always have been listening to a very wide range of musical genres. In my early teens I started with punk and metal but at the same time I was skipping classes so I could hear the 9th of Dvorak. I guess I was a somewhat peculiar kid 🙂 Over the years this changed a lot. I would have months of listening to the greats of avant-garde jazz and then change to speed gypsy from Romania and Servia. The last year though I have enjoyed very much listening to guys like Nik Bartsch’s Ronin, Dawn of Midi, Andreas Stahel and Don Li. Thanks to some very good friends in Portugal I listen a lot to José Afonso, Chico Buarque and late pianist Bernardo Sassetti. Keeping in mind this is for a Baritone Saxophone blog I should tell something about great Baritone tunes as well, Helmut Brandt, the Flat Earth Society, Jonah Parzen-Johnson, Céline Bonacina, David Mott and Colin Stetson are some of my all time favorites.